Most people born and raised in Canada would claim the toque, maple syrup and of course ice hockey to be ‘truly Canadian’. In light of the recent tragedy in Humboldt at least one of these things united our country and validated it’s own importance to Canada.

Ice hockey has been played in community rinks across this country since 1875 and many Canadians place an almost religious value on the game. My name is Rob Martin and I have the unique opportunity as a YREACH Immigrant Settlement Worker to welcome and assist newcomer families who choose Cape Breton and Canada as their new home. Part of my role is to teach people about Canadian culture and to support their journey toward official Canadian status. I certainly can’t promote our culture without referencing our beloved game. Over the years I’ve watched people from 32 different countries embrace ice hockey in some way, shape or form.

On April 6, 2018, tragedy struck in Saskatchewan, when a catastrophic bus accident claimed the lives of 16 people and injured another 13. The bus was carrying members of the Humboldt Broncos ice hockey team as well as coaches and others associated with the team. Our nation immediately banded together and supported one another to grieve this horrific loss. Hockey communities in particular stepped up and initiated ‘Jersey Day’ for Humboldt across Canada on April 12.

It was a wonderful display of unity and a great teaching/learning opportunity within our YREACH program. Our EAL Teacher (Susan Burchell) used her April 12 language class to openly discuss the significance of ice hockey and Jersey Day with some of our immigrant adult language students. I brought multiple hockey jerseys to work and offered them to our friends who hail from Syria and Algeria. The gentlemen were elated to pull on the sweaters and they walked proudly throughout the hallways of our building…one carrying a hockey stick that I freshly taped green that morning for Humboldt. These newcomers like so many others, love Cape Breton, Nova Scotia & Canada. Dawning these jerseys helped them feel connected to our country and the pure, innocent smiles that they displayed reflected this.

CBC TV caught wind of our little Jersey Day celebration and offered to feature the gents on the news! The reporter asked Ahmad Hammadi, “How do you feel about the tragedy in Humboldt and what does Jersey Day mean to you?”  Ahmad responded, “It is a terrible tragedy and we are very sad because those people are our family”. Ahmad is just learning the English language and his response was not planned or rehearsed. It was spoken from the heart. Canada’s foundation is built on heart so Ahmad, his friends, family and many other newcomers are already innately Canadian. 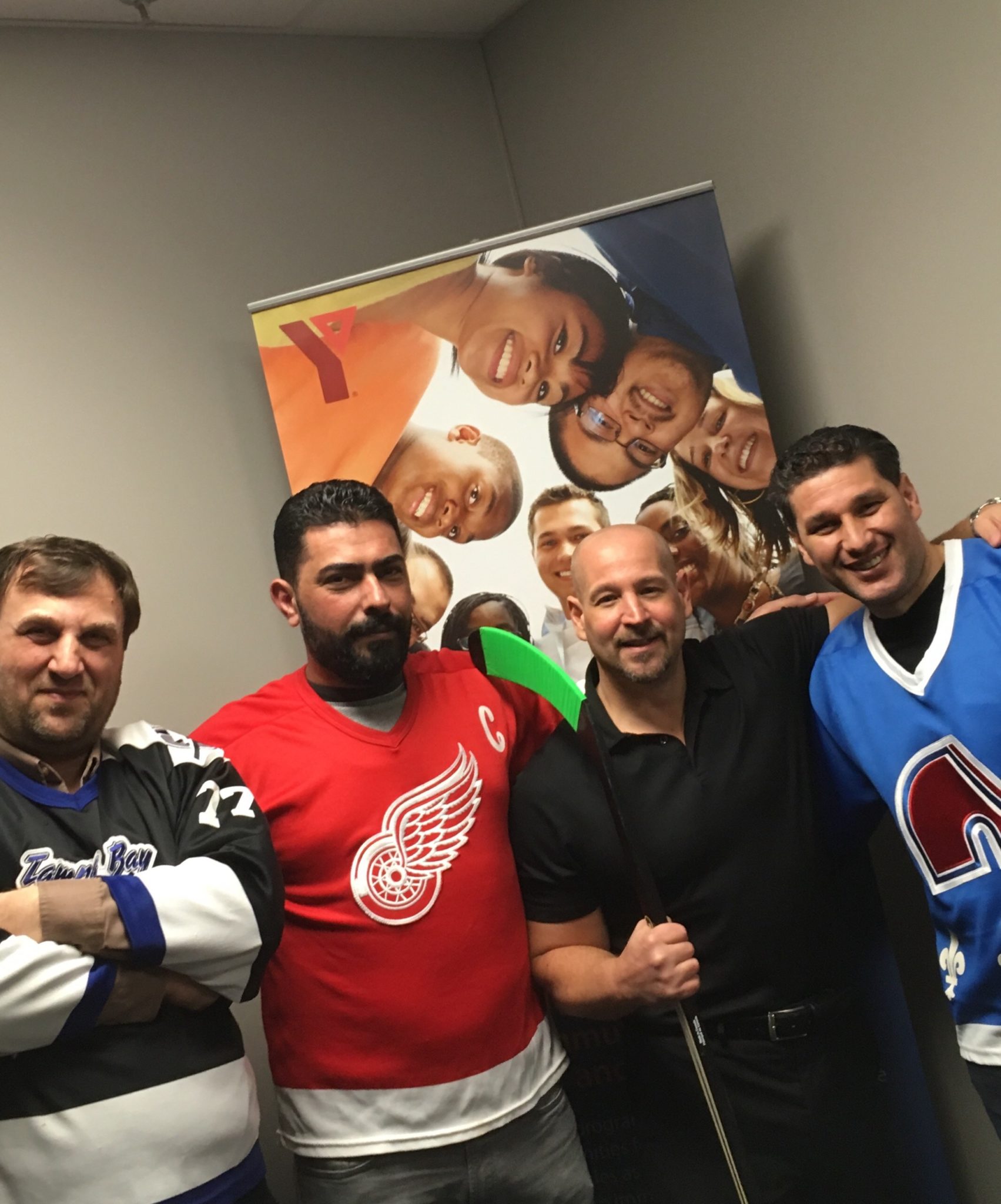